A member of the Coastal Sage Scrub plant community,  it feels at home on fast draining, rocky slopes in YLP, and may resent being planted where water collects at its base.  You can lightly prune or pinch it back to keep the foliage dense as it grows larger. Its extreme deer resistance owes to the aromatic turpenes in the plant, which make it bitter-tasting.  Full sun. 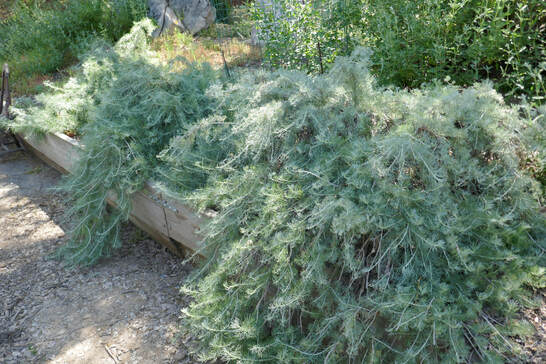 Canyon Gray softening the edges of a YLP driveway under a Blue Oak.
Canyon Gray Sagebrush (Artemesia californica ‘Canyon Gray’) is a coastal plant that was found growing on San Miguel Island, one of the Channel Islands in California, but has adapted to our interior climate, as long as it has afternoon shade.  It grows quickly into a sprawling groundcover  that forms a finely textured silvery gray mat, and can be used to cover slopes or cascade over retaining walls or banks.  Several of our members have had success with this selection, though you can expect to lose some while others thrive. I think it’s worth trying.  Like all California Sagebrush, it is fast growing.  Canyon Gray remains low to the ground at 1’-2’ tall, and can grow 4’-10’ wide, making it an excellent plant for large scale ground cover.  Like its parent, it is quite drought tolerant and deer resistant.  Tolerates many soils, including clay soil that is dry. Afternoon shade here in the Sierra foothills.
​ 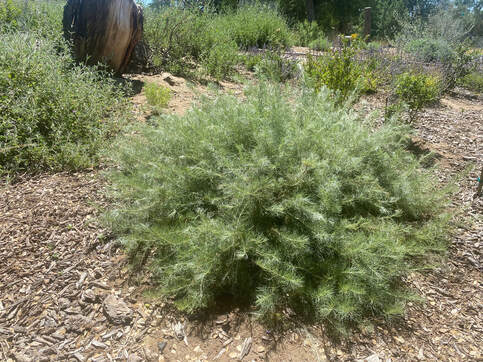 Montara makes a stunning specimen
Montara Sagebrush (Artemesia californica ‘Montara’) is a stunning selection, forming a gorgeous mound around 2’-3’ tall and 6’ wide. Several members have had success with this selection, though like Canyon Gray, Montara was named after the location where it was found, Montara Ridge, in Northern California.  Not easy to find, but worth it when you do.  Extremely drought tolerant and deer resistant.  Afternoon shade. 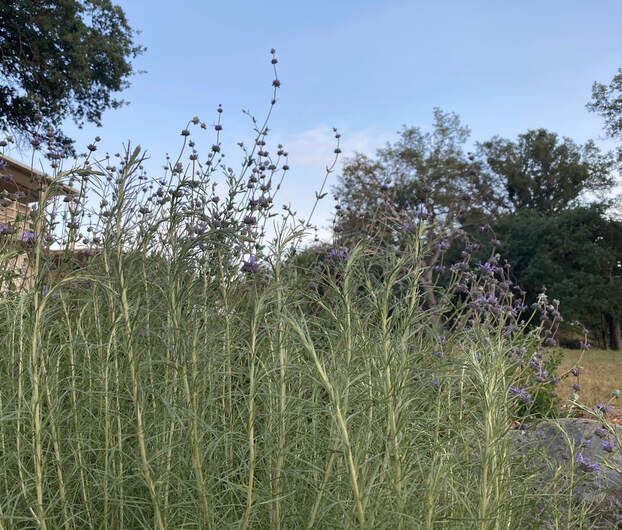 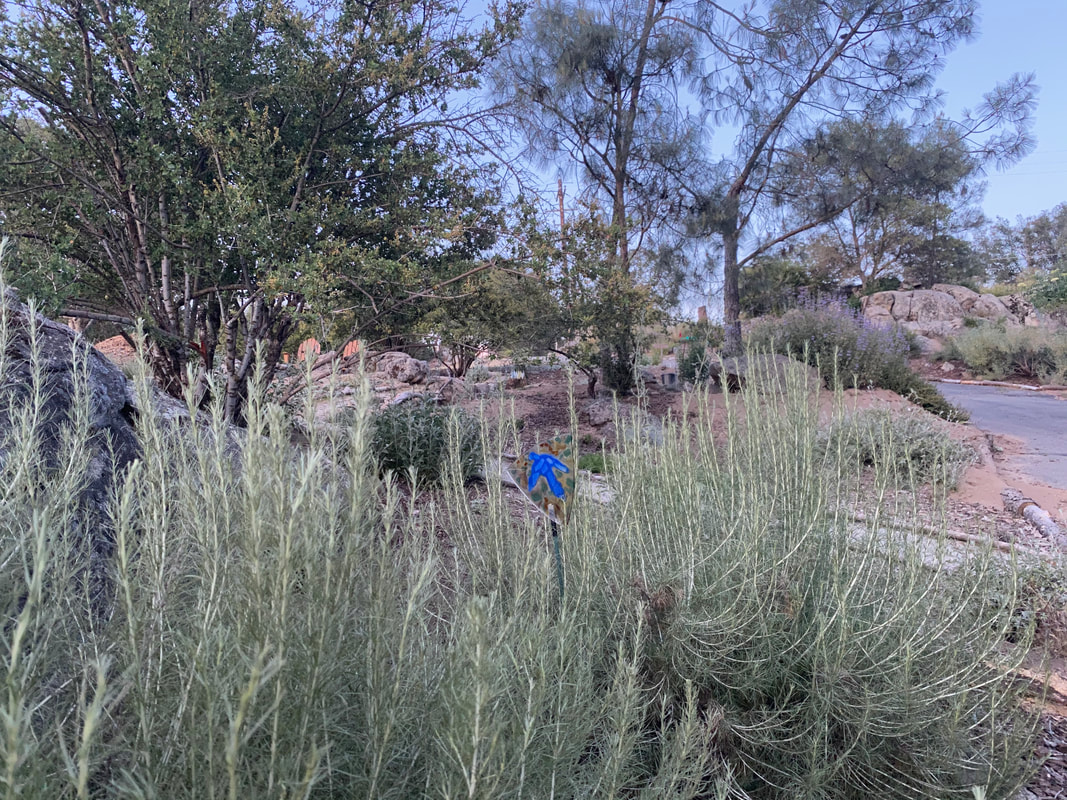 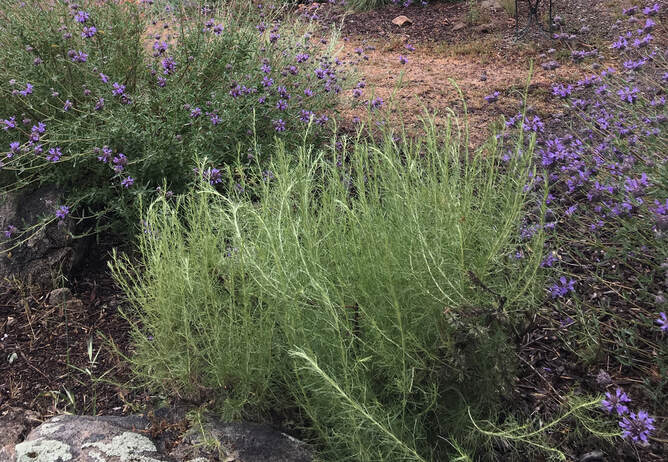 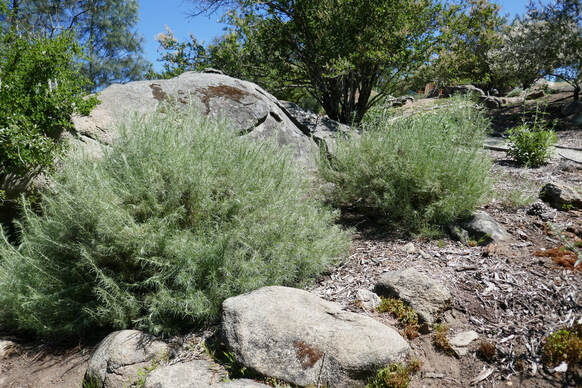 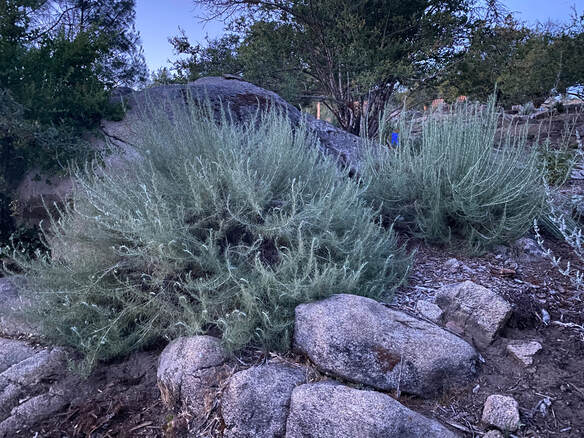 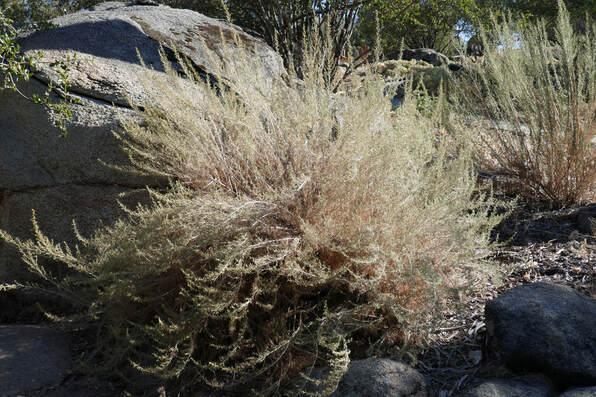 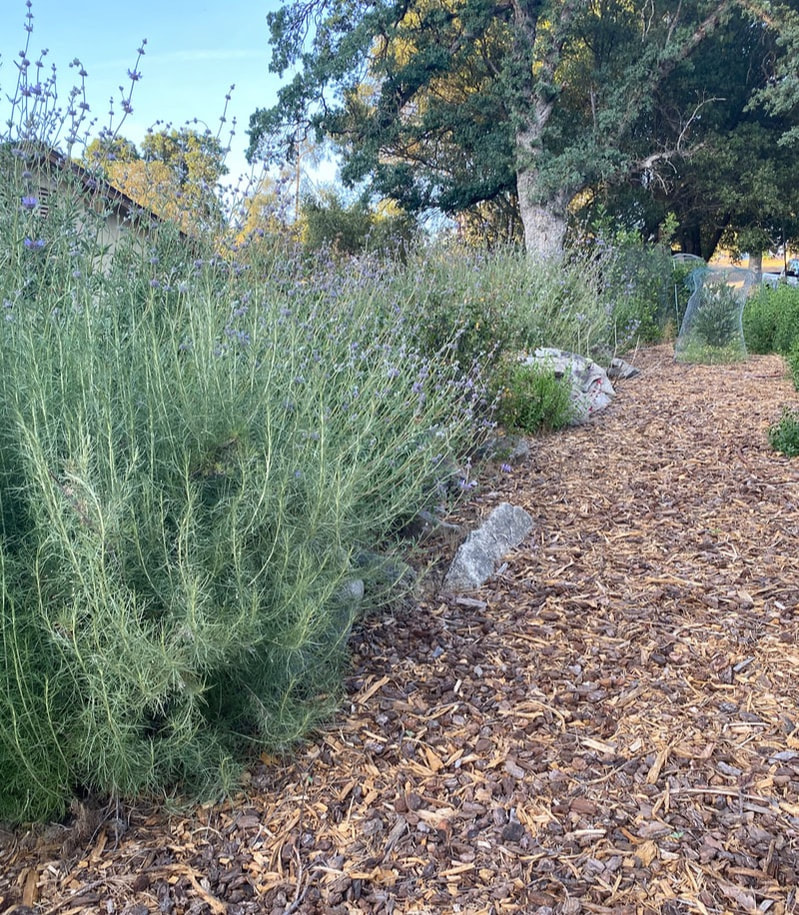 Repeating element in a native hedgerow